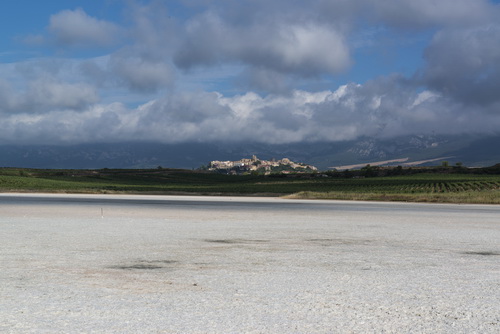 This Protected Biotope is situated in the centre of the Rioja Alavesa district, in the vicinity of Laguardia, from where it can be viewed.

The wetlands are privileged ecosystems, due to the richness and diversity of life forms that inhabit them. When they occur in areas where water is scarce, their value becomes exceptional.

The Protected Biotope of the Laguardia lagoons encompasses three small wetlands. Two of them, Carralogroño and Carravalseca, are temporary endorheic lagoons, of natural origin and purpose, whilst the third, Prao de la Paul, is a small basin formed on an old waterlogged area.

The endorheic basins are areas that lack drainage, and normally only intake water from rainfall.

The level of these lagoons varies greatly across the seasons and the years, alternating between times when they hold some depth and others when they are completely dry.

The late autumn rains partially flood the lagoons, that reach their maximum depth during the spring months. From then on, the lower rainfall and high temperatures begin to dry them out, transforming them into whitish surfaces.

This whitish colour comes from the evaporation of rainwater from the salts dissolved in the water.

After summer, the autumn rains refill the lagoons, initiating a new cycle.

The Carralogroño and Carravalseca lagoons are the last examples of a series of lagoons that have been disappearing due to them being dried out for cultivation. Such is the case of the ancient Musco wetland, located midway between the two lagoons.

In an environment that has such distinct seasonality, the life forms that can be encountered here are rather varied. Moreover, as this is such an unusual environment, these life forms must be quite exceptional. 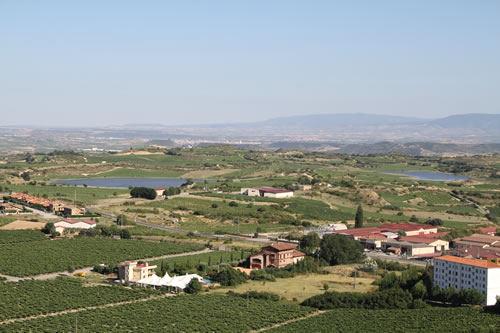 Plants that are a global rarity inhabit the waters.

On the banks of the lagoon are grasses and rushes that have adapted to the salt water. Dense concentrations of reeds cover wide areas, principally in Carralogroño, where are haven of birdlife can be found.

If the flora that inhabits these lagoons is exclusive, the fauna is no less so. The invertebrate species are native to the Mediterranean coastline.

Most striking of all are the birds. The natural lagoons are a favoured place for waders, that use it as a resting place during their migrations.

In some years, the seasonality of these lagoons hinders the breeding of aquatic birds, as they find the lagoons are not flooded at the appropriate time.

By contrast, Prao de la Paul holds water all year round, and it is here that various pairs of Mallards, Common Coots and Great Crested Grebes settle.

Although the Protected Biotope can be visited all year round, the period from September to March is when the largest number of birds can be observed.

Given the elusive character of these species, you are advised to make as little noise as possible and to travel equipped with binoculars or a telescope for viewing them.

The most suitable wetland for visiting is Prao de la Paul, where a pathway already exists around it that has areas which allow for easy observation of birds.