Designation of origin as Rioja 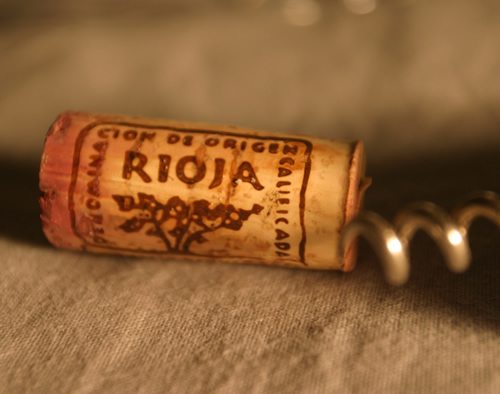 To speak of Laguardia is to speak of wine. The colour of its landscapes, its history and the life of its people keep a very close relationship with it; a proof of this is its wine production (about 12 million litres yearly).

A group of factors gather in La Rioja Alavesa, which make its wines well known all over the world. These factors are its geographic location, its climate, its land and its types of grapes.

The grapevine is a plant that adapts itself to the soil and climate of the area in a perfect way. Sudden changes in the temperature, moderate rainfall, argillo-calcareous soil (cambisol cálcico) and its southern location (“carasol”) result in very high quality wine, which is supported by the oldest designation of origin in Spain.

The designation of origin as Rioja, which was granted as early as 1926, holds the “Highest Quality” certification, the only one in Spain. Its rules establish the demarcation of the wine production area, the types of grapes that can be cultivated, the maximum yield allowed etc.The Regulating Board is in charge of supervising the observance of these rules.

Not only are the factors mentioned above the ones that bring the quality of the wine to the area. The designation of origin as Rioja states that the wine production has to be carried out by using the following types of grapes:

The highest quality red wine is made from “Tempranillo” grapes, rosé wine from red “Garnacha” grapes and white wine from “Viura” grapes. The types “Tempranillo” and “Graciano” are autochthonous from La Rioja, the rest were brought from the Mediterranean region but they have become acclimatized in this area perfectly.

...but wine is the result of a long process.

Both natural factors and the attitude of the people from the La Rioja Alavesa helped reach the prestige of its wine. Besides, their continuous efforts for improvement have also played an important role.

All the knowledge that has been acquired through history has been applied to wine production and processing. This knowledge is the result of the experience provided by the passage of time..

The best known wines from La Rioja Alavesa are red, although rosé and white ones are also produced.